Unlike N3, HSCN operates within an open network connectivity marketplace which allows healthcare concerns to choose the providers who will best be able to tailor services that meet their needs and challenges, both now and into the future.

X-on cloud telecoms services can be deployed across the HSCN without any penalty to performance as might be claimed by some HSCN suppliers. Access to HSCN with X-on is available via the Crown Commercial Service Supplier frameworks or via other relevant frameworks.

Currently X-on is delivering Surgery Connect communications over the HSCN for a number of CCGs.

This article discusses the NHS ambitions for the HSCN: "The HSCN standards are designed to be as aligned to existing Industry standards as possible in order to ensure they are cost effective, easy to implement and enable health and care organisations to benefit from broader Industry investments in new technology and service delivery models."

The HSCN is intended to bring greater flexibility to data transmission, consequently opening up primary care communications to any supplier that best fits a healthcare provider's needs. 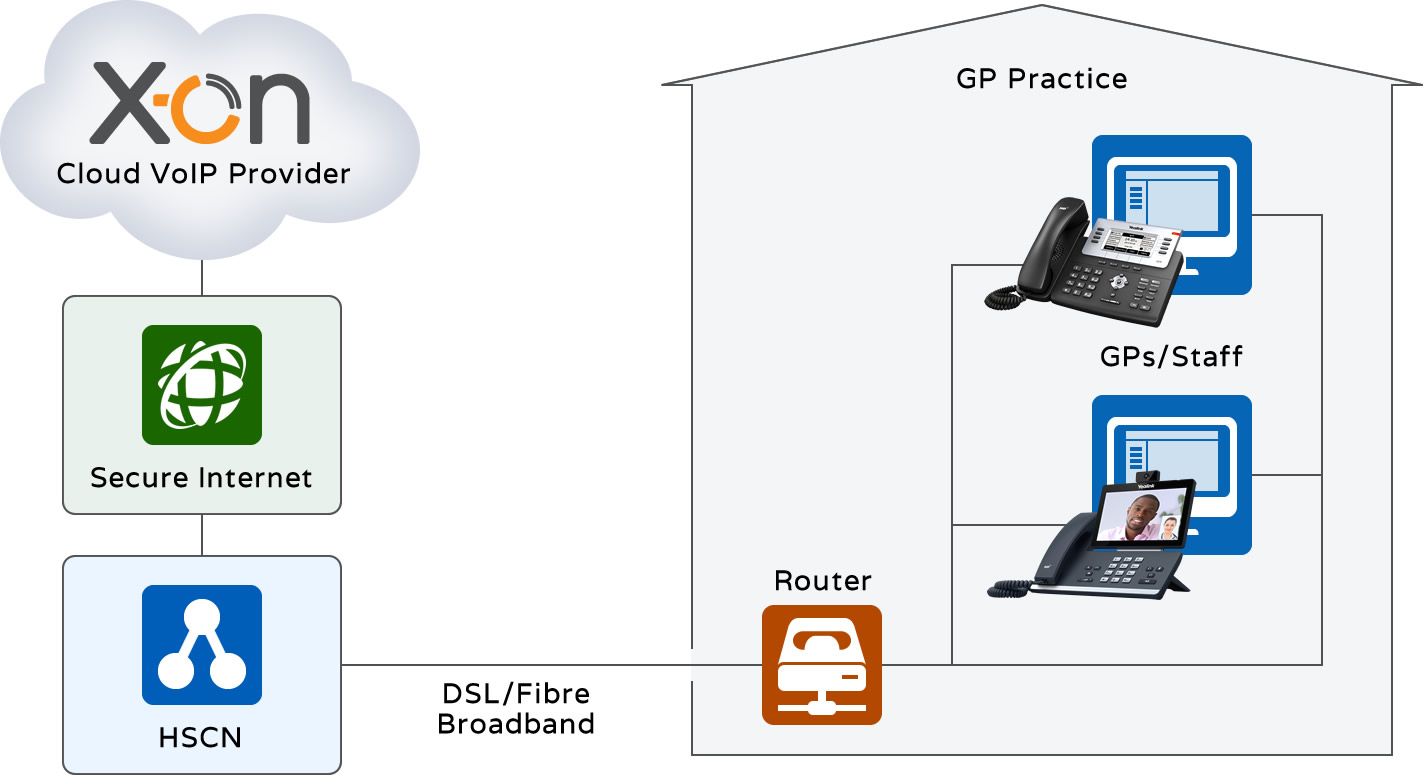 X-on utilises high grade secure VoIP networks which can operate alongside the HSCN.

Choosing a future proof communication platform that is fit for the needs of General Practice.

For further information on HSCN Interoperability please call Sales on 0333 332 0000.