Throughout the Surgery Connect platform you will see references to calls that are Missed and others that are logged as Abandoned. Whether the data appears on the Surgery Connect User Console or within any of the data reports you receive it is important to know the distinction between the calls under each categorisation.

These are calls that your staff had no chance of answering as they either did not target a user directly or did not enter a queue for a group of users.

Situations where this could be the case are when the caller rings in whilst the practice is closed, or the caller does not respond to a menu and hangs up before making a choice. 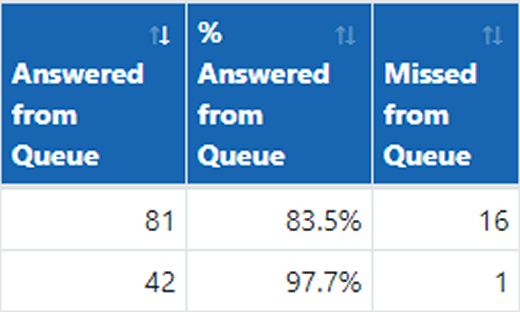 These are calls that could have been answered by a staff member either because it either targeted a user directly or joined a queue for a distribution group.

A call does not have to make it to the front of a queue to count as missed, it purely has to join the queue.

As the number of reports available from Surgery Connect's Reporting Console increases (reports.x-onweb.com), work has started to make it more user friendly and cleanly presented. This will lead to further enhancements such as setting favourite reports as well as the ability to create schedules for the reports to be generated and emailed to you at the regular intervals you specify.

Events April-July have been cancelled.

Reducing the Risks of COVID-19 with the Latest Phone…

How tech is supporting the COVID-19 crisis…